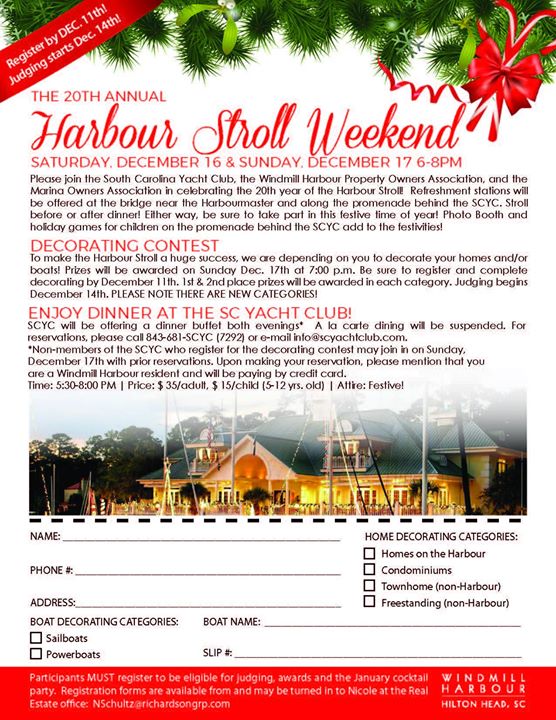 Each spring, the exclusive Windmill Harbour neighborhood is opened to the public for one exciting weekend. Hosted by the scenic Windmill Harbour marina, the Hilton Head Island boat show is a rare chance to experience the waterfront lifestyle of Windmill Harbour. The 13th annual boat show took place on May 6th and May 7th, 2017. One of only a handful of in-water boat shows in the southeast; the Hilton Head Island boat show stands apart for its intimate, boutique atmosphere, beautiful location, high-quality boats, and vendors. The 2017 Hilton Head island boat show was the biggest and well-attended show in its 13-year history. Among the many highlights and attractions were over 60 boats, including sailboats and powerboats, varying in size from ten to seventy feet. Tented vendors were positioned around the marina, selling marine services, as well as complimentary lifestyle goods like sportswear, gear, jewelry, nautical décor, art, sunglasses, sun-protection, footwear, and accessories. Activities were scheduled throughout each day of the show, including live music, clinics, games, book signings, special guests and a Kentucky Derby cocktail party on Saturday night.

Rachel Lindsay, a fan favorite hit romance reality series, is continuing her journey to find Mr. Right and assume the rose-giving duties as “The Bachelorette.” The 32-year-old attorney from Dallas, Texas has gone through trials and tribulations of falling in love in the past, but now it will be her turn to “investigate” a group of potential bachelors find her soul mate. Winning in court has never been a problem, but finding that great love is a case that unfortunately remains open.

About the Bachelorette
On ABC’s hit primetime reality series The Bachelorette, one lucky woman is offered the chance to find true love. A single and eligible bachelorette embark on a romantic journey, getting to know some handsome men, gradually narrowing the field as she continues her search for her soul mate. At the end of this romantic voyage, if she has found the one, will there be a proposal — and will she say yes? Hosted by Chris Harrison, the bachelorette is produced by next entertainment in association with Warner Horizon Television.